You know your business backwards and forwards, both inside and out…or do you? If you took your business on one of those old-timey dating game shows would you come up with the same answers as your clients? Or would you come across some unexpected and potentially painful shocks when it comes to the future of your company?

Every business owner likes to think he has a handle on everything in his company. However, there are tons of things that can come up at a moment’s notice. If you’re not prepared for them, they can cause extreme havoc. Want to make sure you’re on the right track? Take our quiz and see just how well you know your business!

We’re seeing more and more companies using tools like Twitter and Facebook to reach customers and address service issues. I personally am loving this, and have been helped by numerous companies this way (sure beats calling an 800 number). 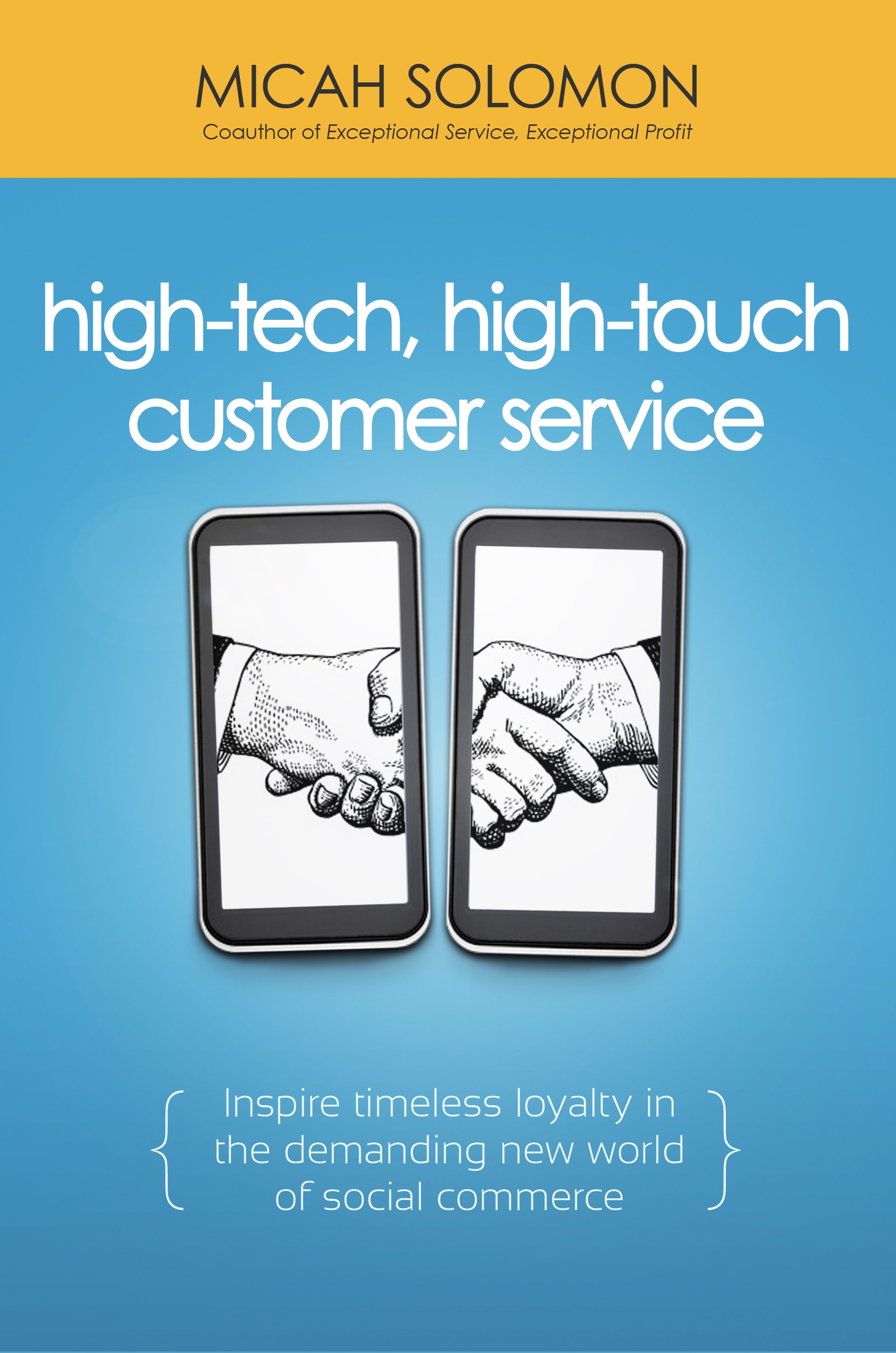 Solomon says that the longer you wait to address a serious issue that’s been brought to the public’s attention via social media, the bigger the fiasco it becomes. He uses this formula to illustrate his point:

2. Lie back and think of England: digital arguments with customers are an exponentially losing proposition

The same rule applies in any customer service scenario: arguing with the customer never works. But it’s even worse when it’s done online, because the whole world (or at least the whole Twitterverse) can see you looking like a jerk.

Companies spend significant time and money on marketing and developing strategic campaigns to help grow their businesses. While marketing departments are busy overseeing the creation of the latest logo, development of a new website and coming up with catchy social media posts, many overlook the need to cultivate one of the most important aspects of marketing customer service.

While in general, social media is a boon to all businesses, it does occasionally offer some backlash. There are no filters in place that keep an irate customer from spewing about a bad experience with your brand and leaving negative social media feedback. But is that necessarily a bad thing? The Bad Stuff is Rarely all Bad

Let’s take a bit of a Pollyanna approach to getting blasted on the Internet. While, yes, at first glance, a scathing review of your restaurant might ward off potential customers, there is a silver lining. It gives you the opportunity to improve your brand. Maybe you weren’t aware that a certain server was spitting in the customers’ drinks. Now that you know, you can take action to improve the situation. As a business owner, you probably don’t see your business at its worse, simply because your staff is always on its best behavior when you’re around. It’s a shame to have to find out the truth in such a public manner, but it does provide you the opportunity to make things right, not just for this particular customer, but for all future customers too.

Nip Negative Feedback on Social Media in the Bud

As a company, it behooves you to reduce the need for bad feedback before a situation arises. That means putting processes in place to address common customer service issues and simply providing great service all of the time. This can be a challenge to enforce with a large staff but aim to lead by example and treat customers like old friends.

Your customers are your company’s life blood, and the very reason that you are able to continue to do business, especially if you’re a small company. Because of this, treating your customers like friends, with respect and appreciation, rather than just consumers you’re trying to coerce into buying your products or services. One of the downfalls of big business is that customers tend to get lost in the shuffle, which is where small businesses can make up ground with their larger competitors. Here are three important reasons you want to treat your customers more like friends: Customers become more likely to positively share your products/services with others. Think about the types of companies you personally want to promote to your friends and family. Usually the reason that you’re open to sharing the company with others is because they’ve done something to make you feel like you matter. Being warm and welcoming to your customers, encouraging feedback, and talking to them as equals helps foster a relationship with your customers, and they’re likely to want to share that positive experience with others. In the same respect, when your customers feel undervalued and underappreciated they’re likely to negatively share their opinion about your company with anyone and everyone they know.

It encourages honest feedback that you can use to grow and improve your business. If your customers feel like their opinions are actually heard when given to you, they’re much more likely to respond to any inquiries you have about how to improve the business and the products or services you’re offering. Getting this honest feedback allows you to move your business in the direction it needs to go to continue to flourish and grow.

In any consumer-driven business, effective marketing is essential. However, with so many companies competing for your customers’ attention, it can be difficult to make yourself heard. Overtly promotional copy and long, convoluted press releases simply won’t cut it. If your customers aren’t immediately interested, they will move on without a second thought. Because of this, it’s imperative that you figure out how to engage your customers from the first word. For most companies, this will require some research.

Before you can figure out which marketing practices will work best with your customers, you need to know who your customers are. Conduct some research to find out the average age of your consumers, their annual income and their usual gender. For instance, you may discover that your target market is middle-class women in their 40s.

After you have identified your target market, you can use data about that market to choose the best marketing practices. For example, if your target consumers are in their 20s and 30s, chances are good they’ll respond well to social media marketing. However, older consumers weren’t raised with social media and may respond better to email marketing or other forms of advertising.

I hate to break it to you, but here’s the scoop: Just about any business advantage that you pride yourself on can be copied by a competitor. The only question is when your competitors are going to get around to it.

The culture of your company is the exception to this rule. Strong company cultures are overwhelmingly knockoff-resistant. At Apple, insiders such as former Senior Vice President Jay Elliot credit much of the company’s success in retailing to the cultural fit Apple looks for and inspires in its personnel: With a team that’s totally wedded to the Apple culture, Cupertino doesn’t need to sweat the imitation Apple Stores now popping up with identical furniture and Apple gear for sale. Those knockoff stores will always lack staff who have the all-crucial Apple mindset.

Or consider Four Seasons Hotels and Resorts. Above all else, here’s the factor to which Four Seasons’ founder and chairman Isadore Sharp credits his company’s extraordinary and sustained success:

Over the years, we’ve initiated many new ideas that have been copied and are now the norm in the industry. But the one idea that our customers value the most cannot be copied: the consistent quality of our exceptional service. That service is based on a corporate culture.

Building (or overhauling) a company culture isn’t for the faint of heart, and it’s not for those looking for a quick gain. But it’s a key creator and sustainer of any company whose image and livelihood depend on superior customer service. Here’s why:

The number of interactions between customers and staff is nearly infinite, the number of chances to get things wrong or right nearly innumerable. Or, if you want to try to put some numbers on it, Cornell’s Center for Hospitality Research estimates that a business such as a two-hundred-and-fifty-room hotel will have some five thousand interactions between staff and guests per day. There’s no way someone in a leadership position can dictate every single one of those five thousand interactions. Rather, a leader’s only chance to get the preponderance of these interactions right is to develop a shared cultural understanding of what needs to be done and why.

The ongoing technology and connectivity revolution amplifies the problems of not having a strong culture. The best customer service approach in social media, for example, is to have people who are steeped in your culture handle the social media, and the best email responses to customers come from staff members who understand what is and isn’t consonant within your culture. The risks of deviating from this are potentially catastrophic because of the way issues can spread on the internet like wildfire.

Employees have incredibly well-calibrated bullsh*t detectors (to repurpose Hemingway’s immortal phrase). So, cultural alignment throughout all levels of your company is the only way to avoid internal bitterness at organizational inconsistencies that look like unfairness — bitterness that ultimately can end up scalding your customers.

Finally, consider the number one complaint I hear from consulting clients at the helm of businesses? It’s “I keep hearing that employees act differently — and not for the better — when I’m out of the building.” With a great company culture, your employees will act consistently. They won’t depend on your presence to remind them how to act. Their motivation will come from within themselves, reinforced by all those around them.

Despite the influx of daily deals in my inbox, I feel like the overall opinion by businesses is that these deals may not be worth the effort. From a consumer's perspective, I'd like to argue that point.

If you’re a business owner, you may realize that managing staff and running a business aren’t the same thing. While you may be great at balancing the books and bringing in new business, you may be lacking people skills that…

This is from my post on FutureSimple. If you’re just starting your company, you may wonder how you possibly can get new customers and start to build relationships with them to grow your business. Unfortunately, there’s no secret to overnight…

I was scrubbing a pot the other day, using for the first time a Chore Boy scrubber. I'd been unsuccessful at getting my pots cleaned with scouring pads or brushes, so I was a bit weary of the whole category of pot cleaning. But then... The scrubber worked. It just worked. And I thought, I'm now loyal to this brand.
Egg Marketing is a San Diego content marketing firm. All content on this website is copyrighted.
Back To Top